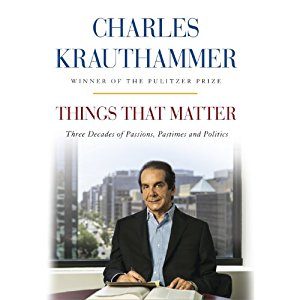 Are You Living The Life Intended?

This past week we lost an incredible human being.  He is described as an intellectual genius, who impacted people through his words, his ability to discuss highly volatile and controversial topics with respect and grace.  While he could be blunt, he never spoke in anger or with personal attacks.  He could disagree with opinions shared but listened to the other views to truly understand the opponents thought process. His ability to cut through the nonsense and remain true to the facts led him to be sought out by both sides of the political aisle.  He was described as incredibly kind and humble.  He was a Harvard trained psychiatrist, best-selling author, Pulitzer Prize winner and longtime Fox News Contributor.

Charles Krauthammer died Thursday at the age of 68.

But what was truly remarkable is that his life could have ended at 22 and no one other than his parents, brother and a few friends would have remembered this man at all.  While studying medicine at Harvard, a spur of the moment decision to go for a swim and a dive changed his life forever.  Charles hit his head on the bottom of the pool at precisely the right angle severing his spinal cord.  This one moment resulted in a lifetime of being confined to a wheelchair, paralyzed from the neck down.  Not wanting to be defined by his injury he continued his education at Harvard and graduated with his class.  His determination is stated succinctly – “The catastrophe that awaits everyone for a single false move, wrong turn, fatal encounter –- every life has such a moment.  What distinguishes us is whether and how we come back.”  Charles chose to come back.  Many who watched him on Fox did not realize that he was in a wheelchair; often so mesmerized by his thoughts and his ability to debate issues.  And that was just how Charles Krauthammer wanted it.  He wanted to be known for who he was; and not despite his physical limitations.

To me, as one who claims to have slogged through multiple medical adversities I am in awe of this man. How many of us could do this?  How many of us are doing it?  My issues pale in comparison and I bemoan the smallest of annoyances making me cranky and ungrateful.  His life is a reminder that it is not what we do not have; but what we can have with the right attitude and perseverance. He did not accept his challenges to defeat or define him; rather to be a spring board to greatness.   Charles Krauthammer ignored his inabilities and utilized his abilities to create a life as a husband, father, political analyst, author, baseball enthusiast, chess player.  He showed us that we need not be characterized by our limited body but by our infinite soul and brain – for that is who we truly are.

His final letter to us says it all: “I leave this life with no regrets.  It was a wonderful life – full and complete with the great loves and great endeavors that make it worth living.  I am sad to leave but I leave with the knowledge that I lived the life I intended.”

Read more about him on http://www.foxnews.com/politics/2018/06/21/charles-krauthammer-conservative-commentator-and-pulitzer-prize-winner-dead-at-68.html

I want to thank all of you have ordered a copy of my book, Surviving Medical Mayhem, Laughing When It Hurts.

Pick up your copy today at https://www.lorettaschoen.com/book/ and laugh, learn, and lean on God.